the business stories they never tell you about

‘For a business to succeed, it takes time. You have to take your time with the new business and learn new things. Don’t feel bad if the business does not work in the beginning. You need patience.’

Bred from a family of entrepreneurs from Lebanon, the El Kouba brothers, Judy and Jose came to Australia with only their business-know-how and a pocket full of dreams.

The brothers learned to lean on each other from a very young age. Today, they, together with their sister Sami-Joe, run a family café at the border of the University of Sydney, just a short distance from Sydney’s Central Business District. Judy said with unquestionable appreciation, “My family motivates me, mostly my brother and sister. They encourage me everyday, especially when things get tough. I am very close with my brother and sister. We travel a lot together and we always get along.”

For the brothers, each sibling stands as a pillar for the other. Conflicts do arise, particularly a clash of views of one sibling against the other in relation to how business should be done. But, the strong brotherly trust that developed throughout the years facilitated a resolution that feels almost natural. The brothers stated that there will always (with emphasis on always) be conflicts in business, even with family, but they always fix these problems by rationally weighing out options to arrive at the best solution. The fraternal trust that pre-dated any business partnership pushed selfishness and partiality to one side, and allowed cooperation to flourish.

Lina’s Kusina Café is the result of this unyielding teamwork. Judy appears to be the more business-minded brother. Not only did he have first-hand experience from running his father’s car dealership back in Lebanon, but he is also an MBA graduate from an Australian university. Jose is the creative one. He is the culinary powerhouse of Lina’s Kusina, its chef and the one who is principally responsible for developing its trademark recipes. But, Jose could not have done it without the help of Sami-Joe. The brothers regard their sister as having a significant influence on the distinctive and exquisite taste of their dishes.

Throughout the entire process of creating Lina’s Kusina Café, serving the best food was of paramount priority. Lina’s Kusina was not your average Lebanese-run restaurant that sold varieties of low-priced chicken kebabs. They uniquely and tastefully fused American, French and Lebanese flavours perfect for people who are out to discover exciting new tastes. For the brothers, it was not a matter of collecting recipes, following instructions to the dot and seeing what works and what doesn’t. They actually embarked upon creating their own masterpieces and secret sauces from scratch, asking friends who were excellent chefs to lend their talents and independently conducting their own research. The way they did it was not just systematic, it was meticulous and artistic.

When asked what piece of advice they could give to people who dream of putting up their own business, they said, without a moment’s pause, “For a business to succeed, it takes time. You have to take your time with the new business and learn new things. Don’t feel bad if the business does not work in the beginning. You need patience.” 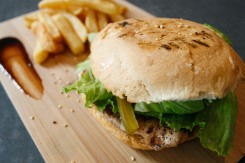 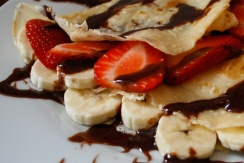